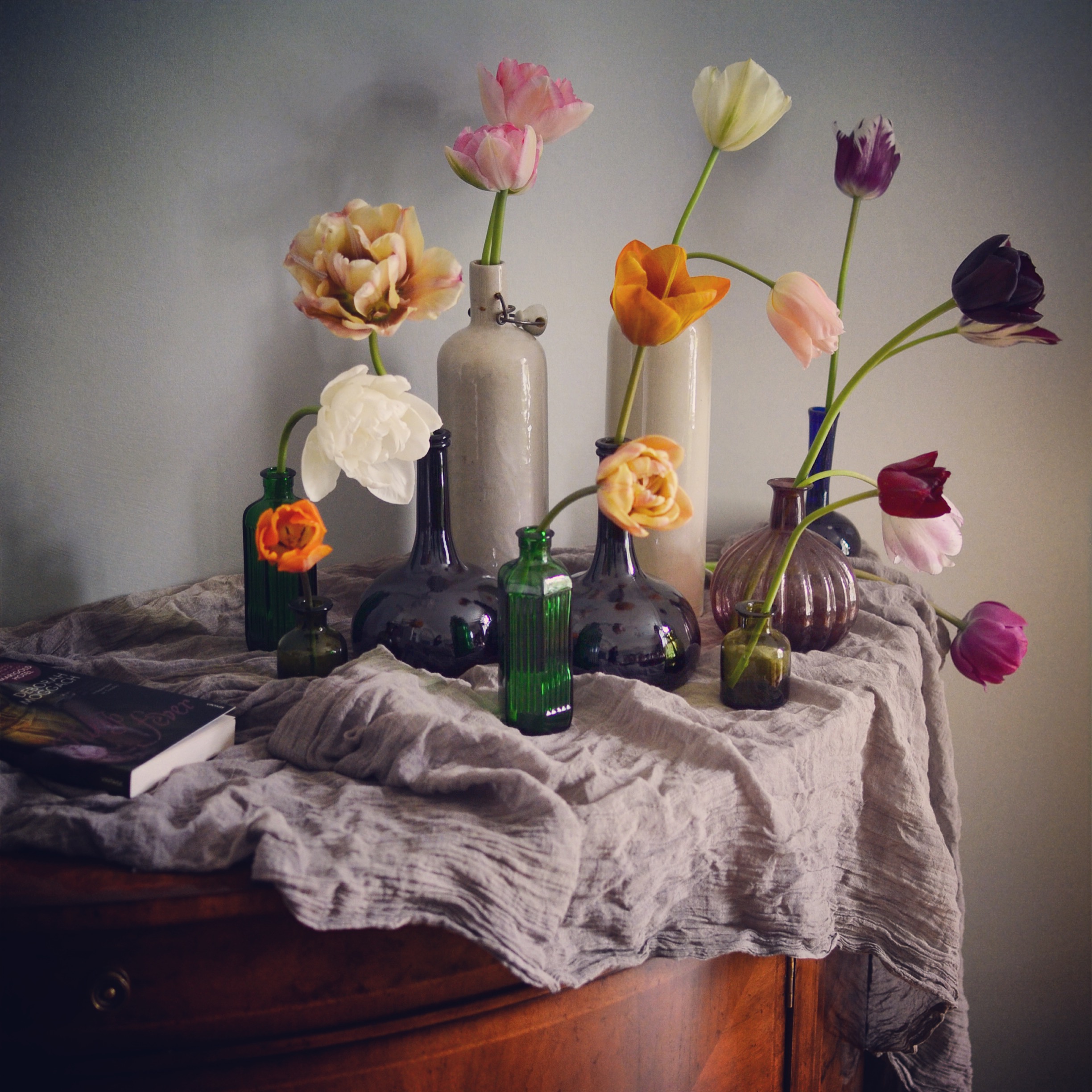 Last September whilst ‘en vacances’ in France (at a nice little place called Le Chateau Saint Paterne; a place I would recommend to anyone passing through Normandy) we visited Monet’s Garden. Not surprisingly I began to think about my own small plot and what might go into it early in the season, before the dahlias.  Tulips were the answer; hundreds of them. I clicked onto the Peter Nyssen website (www.peternyssen.co.uk). 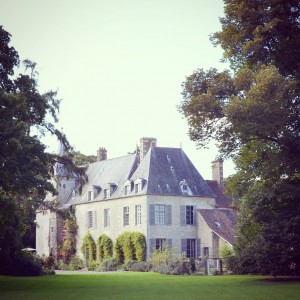 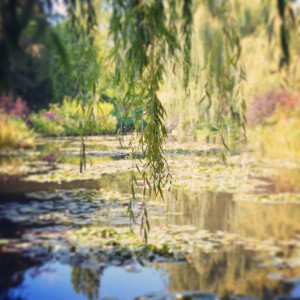 On two freezing cold days in late November (at the last minute as usual) I dug trenches – really big ones – and reflected upon World War I as I wiped mud from my eyes. Brown paper packets full of promise were unceremoniously ripped open. I went for a random planting approach – flinging all the onion like bulbs into the wheelbarrow and mixing them up. Tulip bingo – my old Nan would approve! Fairly well spaced and secure under a bed of soil and mulch I left them, and almost forgot about them.

As spring approached it dawned on me that we would have (hopefully) around 300 tulips and so our two spring floral workshops were advertised in order that our attendees could take home urns cascading with La Belle Époque and other unusual varieties. 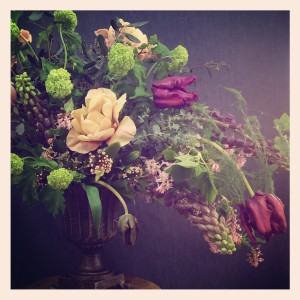 Of course things in the garden are unpredictable.  Spring was late and for our first workshop we had to acquire tulips because mine were infants (although it was a relief to see them poking out above the soil, as for a while I had wondered if anything at all would emerge). Luckily we know some amazing growers who have polytunnels, and the garden of Carol Siddorn came to our rescue for our earlier workshop. Those tulips were truly stunning. I began to understand why for 3 years between 1634 and 1637 the Dutch were consumed by Tulipmania and bulbs were sold sometimes for prices that were 10 times the wages of an average craftsman. 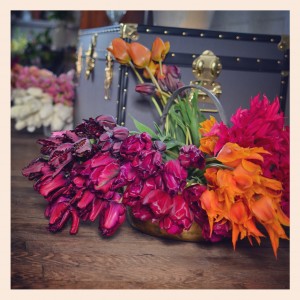 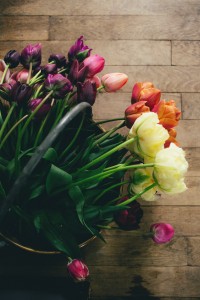 And it seems our workshop attendees shared our passion for these beauties, with their billowing waxy petals and intoxicating scent (Verona with its lemon whiff; Brown sugar which smells of honey or, as Mrs B says, “cake”!). It was a real pleasure to see them all touching and sniffing each bloom and, as for what they produced, well, we were in awe. 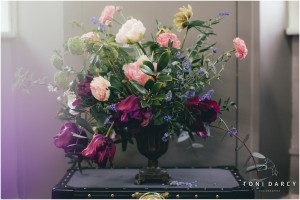 By our final spring workshop our own tulips were in full bloom delighting me and our neighbours as each morning a new colour emerged. I cannot describe what a pleasure it is to be able to pick bunches of flowers just a few feet from the back door, to see others using them and to give a few to the lovely lady next door. 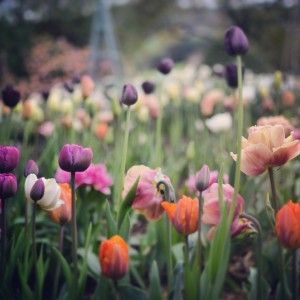 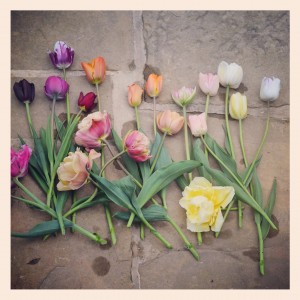 I will definitely use the random planting method next year, and I will plant double the amount!

As they fade and die I am left only with this photographic record but I know they’ll be back next year. 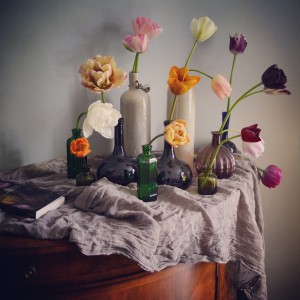 Oh, and on tulip related topics, I am currently reading Deborah Moggach’s book Tulip Fever, soon I understand to be released as a film. There’s not much about tulips but it keeps me away from clicking on the Peter Nyssen website too often!