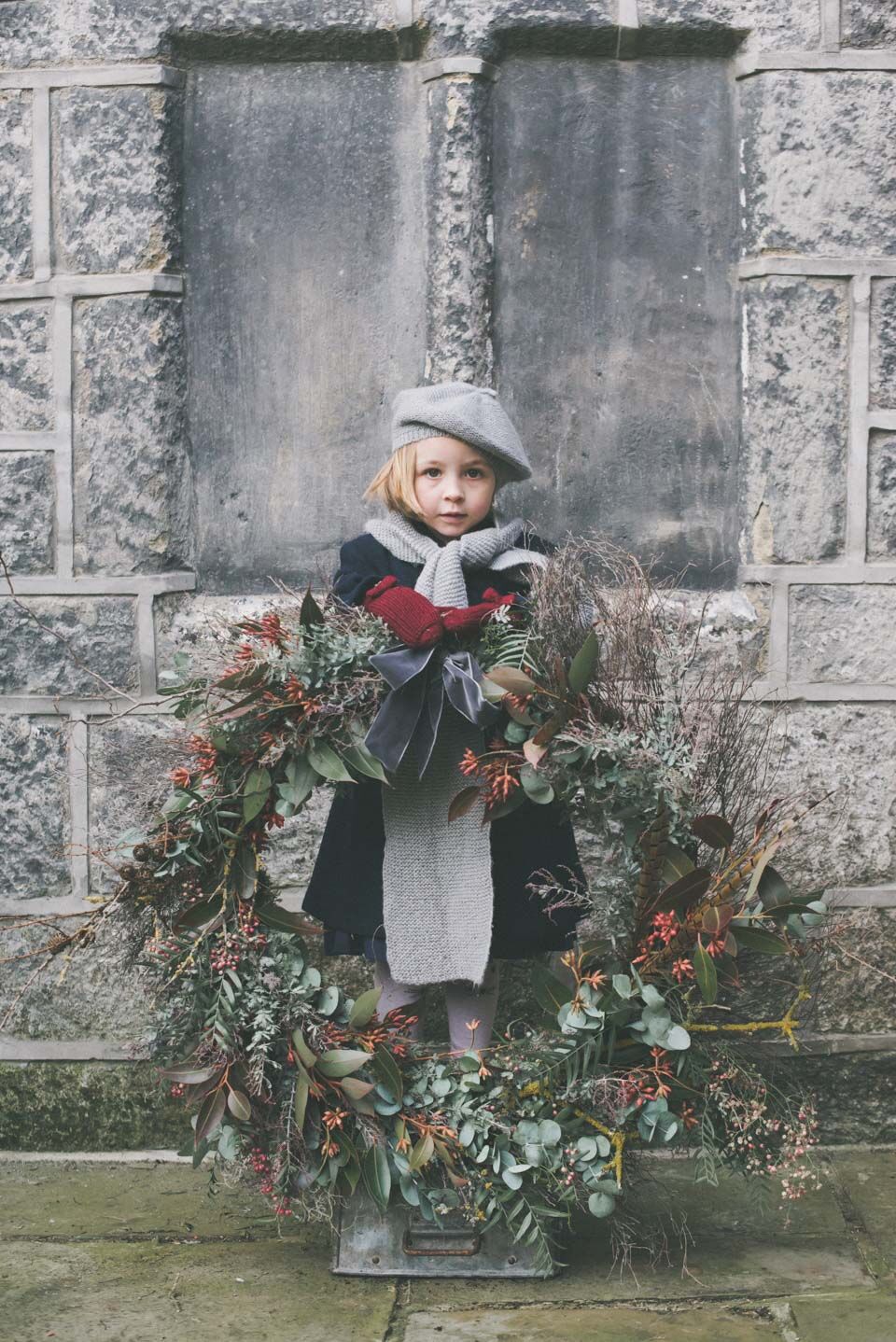 Familiar with the magazine’s ‘aesthetic’ of muted tones, always with a seasonal slant and an emphasis on the countryside, I began to think.  I kept coming back to one of my favourite films – nostalgic, Northern and set in the picturesque village of Downham: Whistle Down the Wind.  If you haven’t seen Alan Bates lying low in a barn surrounded by a collection of cute children dressed in woolly hats and scarves, then you have missed one of the best films ever.  Obviously the film is slightly deeper than that and you don’t need to be a wise man/woman to appreciate the connection to Christmas.

Our friend Sarah Mason (www.sarahmasonphoto.co.uk) recently produced a film of two children. Sarah’s photographs and films capture the real essence of childhood and the film I saw of little Ethel sipping from a mug of tea, dressed in a woolly cardigan, brought a tear to my eye.  Ethel would make the perfect ‘cover girl’ and Sarah would be able to produce a photograph which evoked the nostalgic image I had in mind. 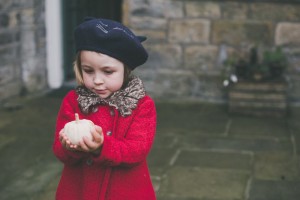 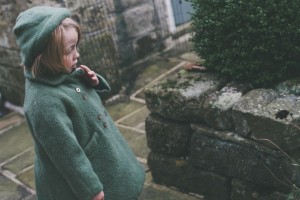 A giant wreath was constructed on a base of copper.  I added lots of moss and then built up the textures with armfuls of foliage – dried thyme, mimosa, eucalyptus, berries, lichen-covered twigs and a few pheasant feathers (well, this was a wreath for a Ribble Valley magazine). 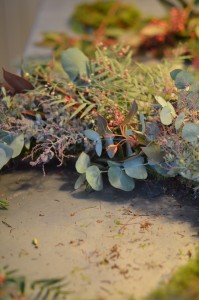 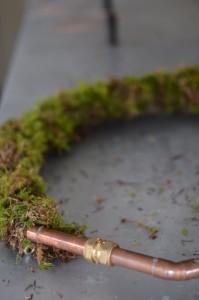 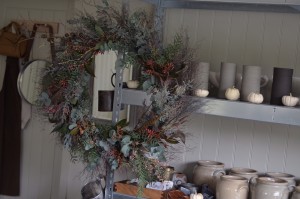 On the most beautiful, cold, crisp, sunny day along came Ethel and her mum Olivia with a wardrobe of clothes that made us all swoon.  The kitchen table was covered in coats, berets, woolly hats, mittens and Ethel’s toy dog – not to mention platefuls of toast. Yes, at the age of 3 Ethel is already like a young Elizabeth Taylor – she travels with Matilda the furry pug and won’t start filming until she’s had two crumpets and a mug of milk! 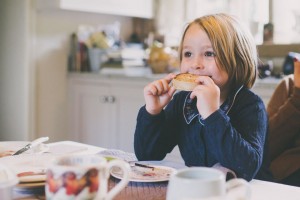 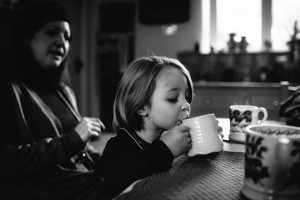 Always in search of the best light, Sarah Mason took us outside – we used a barn and an old house over in Yorkshire  – and here’s what went on. 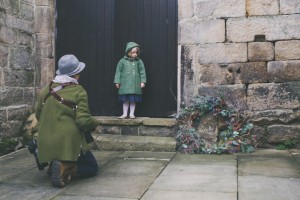 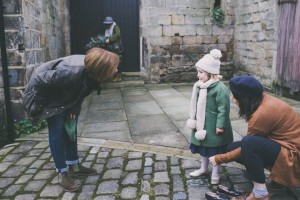 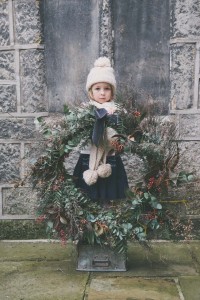 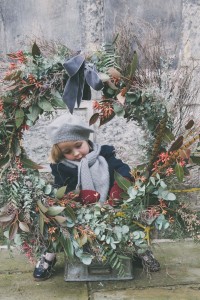 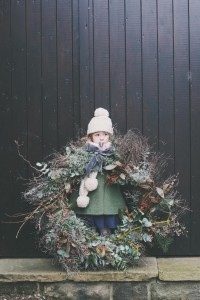 We are most grateful to Roger who allowed us unfettered access to his barn and we thought it wise to let him have a turn with the wreath too. 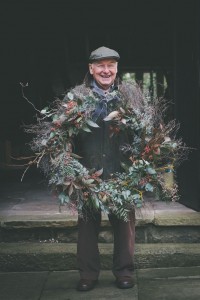 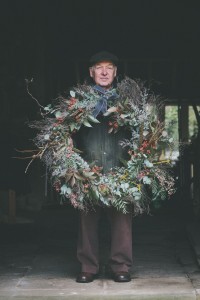